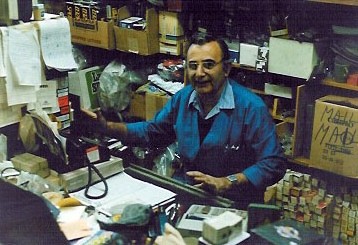 If you've been around a while, this picture probably brings back memories. Gabe Goshtigian and his family owned Steven's Bicycles for 35 years. Originally located at the corner of Palm and Shields in Fresno, Steven's Bicycles began in 1955 as Steven's Toy Box, selling bikes along with Barbie dolls and model airplanes. The bike business grew and the shop began to repair bikes too, and eventually phased out the toys to become a full-time bike shop. 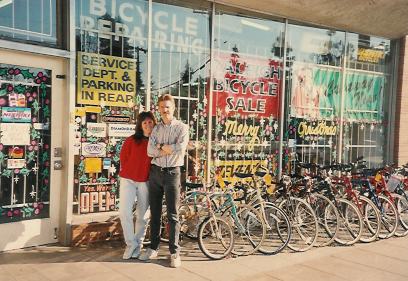 Brent Kutzbach has worked in the bike industry for most of his life. He started out in the warehouse of a large bicycle distributor in the 70s, and eventually went out on the road selling Nishiki bicycles to stores up and down the valley. Brent and his wife Tina used all of their savings and took over the shop in 1990 when Gabe retired. They gave the store a makeover and soon took over the space next door to double the size of the original store. In 2007 the shop expanded to Clovis at the corner of Willow and Nees, on the Old Town bike trail. Though it was a hard decision to leave the old shop, Steven's finally closed down the Palm and Shields location. 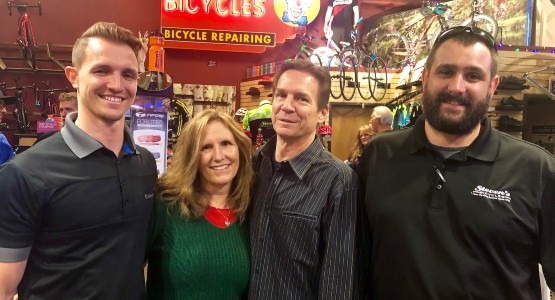 Our son Blake now co-manages the Clovis store along with Devin Bovee, who has been a central part of the local bike scene for many years. Throughout the years our mission has remained the same: giving our customers the same friendly personal service that we've been known for since 1955, while providing the best selection and value in everything we sell. Thank you so much for letting us be a part of your family for all these years! 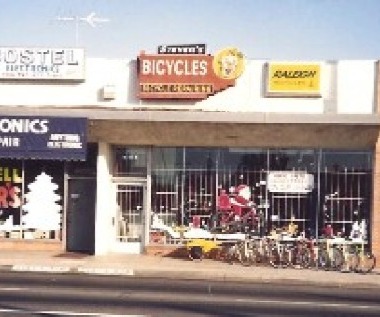 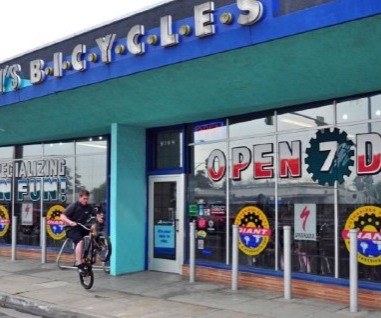 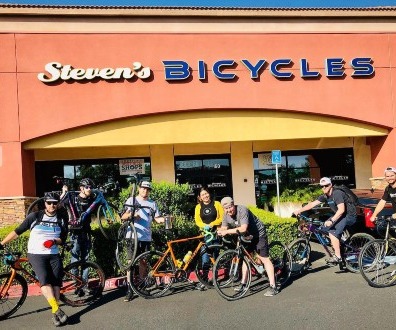